After a weekend of waiting at the Tunstall end of the Harecastle Tunnel  this weekend, this morning it was all systems go!  Chimneys down, tv aerial stowed inside and off we went into the one and a half mile long tunnel to Kidsgrove.  We found it far less disconcerting travelling from south to north as you can see the light at the other end of the tunnel, unlike travelling north to south when the tunnel doors are shut at the north end to maximise the effects of the huge ventilation fans.  Quite scary when travelling this way, as you cant see where the tunnel ends until the last minute.  You start to wonder.... do they know we're in here? .... have they forgotten about us? Then hey presto - the doors open and you can see daylight again - we've made it!  When travelling through the tunnel you can see the various repairs done, some in brick, some sprayed concrete, some concrete segments and of course the orange walls due to the iron ore which also colours the canal.  Just after half way through the tunnel, the roof starts getting lower and lower, and you have to duck down in a small section before it gradually increases in height once again. 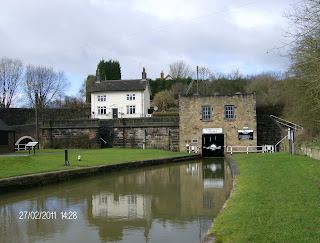 Brindley's old tunnel entrance is just visible on the left 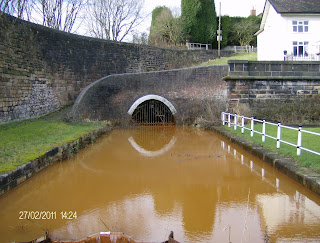 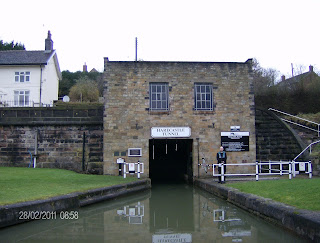 Barrier raised, and off we go! 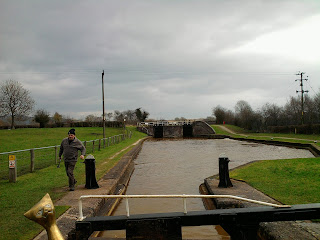 Downhill all the way, down 'Heartbreak Hill', which is a lovely series of parallel locks.  I see my brass tiller pin could do with a polish, if you're wondering what the gold face is popping up on the left. 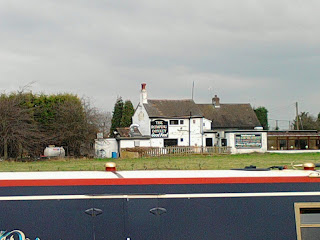 No time to stop at the pub today - bit to far away as this pic was taken with phone not camera - but its one of the best pub names I've come across - The Romping Donkey -  fantastic!
Posted by Sue Hunter at 19:32

Dave passed a waterside Pub, whatever next?