We're now on the Trent & Mersey and it's lovely to be cruising in this neck of the woods again, It's a couple of years since we last pottered around here.  We did come down the T & M in October 2009, but we were on a mission at the time to get to Stourbridge, so didn't have time to stop.

Dave is sorting out the wood which we have collected over the last few days between Fradley and Armitage.  This load is particularly appreciated due to the efforts involved in getting it.  I positioned the bow of the boat to the off side bank for Dave to get off, however he stepped instead of jumped, and missed the bank completely & slid down into the water.  Of course he had an audience of Sunday afternoon walkers but I did refrain from taking any photos.  We caught up with the BW tree trimming boat gang yesterday which we had been following for the last couple of days, but there wasn't much wood left to be picked up - I don't know where it was going, I know boaters are quick when there's wood lying around, but not that quick! 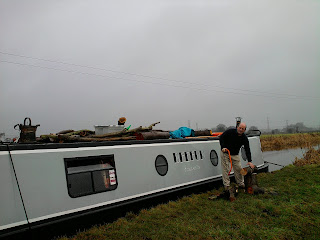 We've had some beautiful full moons the last few days 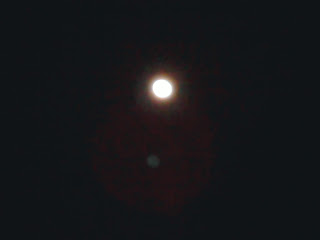 A bit of action while we were moored at Fradley - BW were removing a sunken boat from the visitor moorings above Shadehouse lock.  At least it'll mean there's room for a visitor mooring.  Out of the 6 boats moored there, only 2 were occupied. 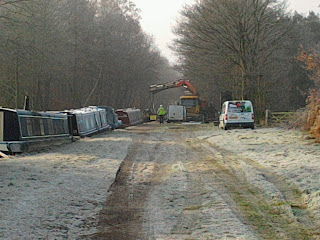 It's been a frustrating few days cruising between Fazeley and Fradley - We've seen the same boats in the same place year after year, some with a licence, some without & none with a mooring sticker.  I see the T-shirt boat is still at Fradley, although he has actually moved 200 yds away from the junction. That's one of the reasons I haven't blogged for a while - I don't want to moan - that and getting over the 'flu after 3 weeks!  Like Nemo cat - I should just chill out ........ 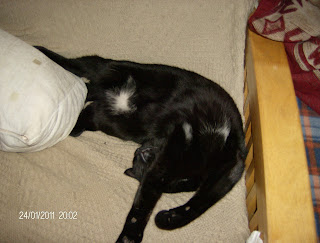 Some friends who moor at Wychnor came to visit while we were at Fradley, and also took us shopping into Lichfield which was helpful.  We also discovered that there is now a Co-op 400yds up from the new bridge between Br90 & Br91.
Posted by Sue Hunter at 13:44